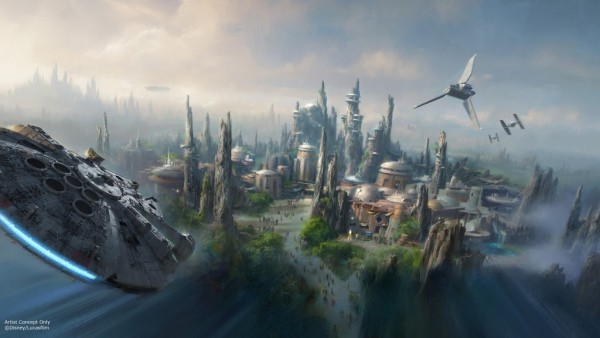 Today, Disney announced that the Star Wars themed land at both Disneyland Park and Walt Disney World’s Hollywood Studios will open in 2019! This is the first date that Disney has provided for the completion of the project.

From the Disney Parks Blog: “the Star Wars-themed lands are the largest-ever, single-themed land expansions at Disneyland and Walt Disney World Resorts. At each location, guests will be transported to a never-before-seen planet – a remote trading port and one of the last stops before wild space – where Star Wars characters and their stories come to life. Check out some of our earlier images, including a glimpse at one of the signature attractions which lets you take the controls of the Millennium Falcon!”

Believe Vacations will keep you updated on more exciting news as work progresses on each of these lands.