Doing Universal and Disney in the Same Vacation 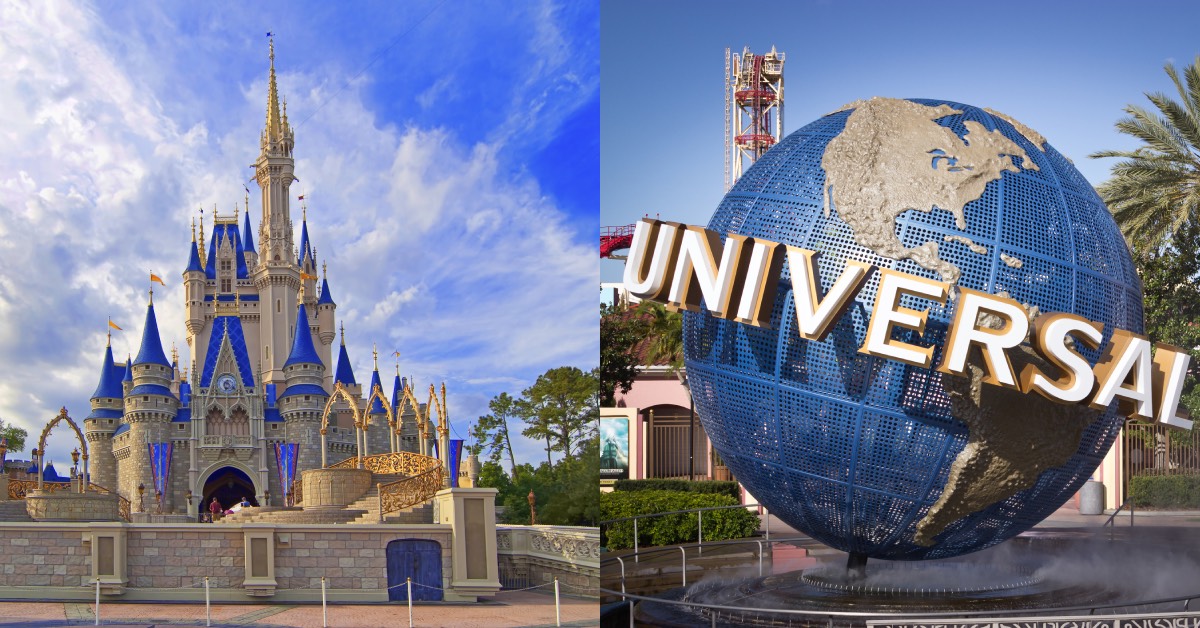 Believe agents have the incredible blessing of planning vacations for families.  Many time, the focus is on Disney World in Florida because it’s the one we are most familiar with and it’s the one that has been the most featured, studied, documented, attended, etc.  But we also plan trips for Universal Studios and Islands of Adventure.  Recently, we are receiving more requests from our clients to book a few days at each.  It’s a wonderful thought but is it really doable?  Of course and that brings us to today’s article…

Welcome to Believe Vacations’ Weekly Post where today, we are going to give you some tips about how you and your family can do Universal and Disney in the same vacation. Meet Hunter Anderson. Hunter has been with Believe Vacations for three years and recently did the Universal/Disney trip for herself.  She was kind enough to sit down and answer a few questions we had about her recent experience.

We came in on a Wednesday, did two full park days and checked out Saturday.  I had never been before and we stayed at Cabana Bay because it had a walking path.  The buses take you to the same spot for both parks and City Walk and they are constantly picking up guests.  We picked up our tickets and had dinner on that Wednesday at City Walk and got our bearings. We had the park-to-park tickets and yes, we did ride the Hogwarts Express.

How were the crowds?

It was the week before 4th of July and the crowds were not bad.  We decided to do the more popular attractions on Thursday thinking that the locals would come out on Friday, plus, as a guest of Cabana Bay, we took advantage of the early magic hours.

We checked out of Cabana Bay on Saturday and went to the Universal parks one final time.  We took a Lyft and checked in at the Four Seasons in Orlando.  On Sunday, we did a very casual day at Magic Kingdom and took the free transportation back to the Four Seasons.  Then, we actually checked out AGAIN and this time, we checked in to All-Star Movies on Monday.  So we completed the triple stay!

What did you do with your luggage when checking out but going to a park?

We checked with the front desk the night before and asked if we could do late check-out.  That was not eligible for us but did say they would store our luggage AND, because there is a gym at Cabana Bay, said we could use the showers when we came back.  I didn’t pack any differently.  It was all thrown together.

Where will a bus from the Four Seasons take you?

Would you do Universal first before Disney?

I would still do Universal first and end with Disney.  I teared up arriving at Disney as it always feels like home.  The cast member interaction is always the best and really stands out head and shoulders above every other service from the trip.

Better Attractions? – Universal/Islands of Adventure because of the new experiences and my first time on many attractions.

Better Entertainment? – Disney.  I saw more characters, cast members and the Dapper Dans.  I didn’t see as many characters at Universal.

Better Food? – We ate at Mythos in the Lost Continent section of Islands of Adventure which is Greek food.  It was amazing.  I may have to give it to Universal.  But Skipper Canteen was a lot of fun and the servers were just as fun as the skippers on the Jungle Cruise!

Better Characters? – The cavalcades at Disney are amazing!  They happen all the time and we caught ourselves waving at all of them.  They have incredible interactions and personalized acknowledgments.  There is still something about running up to a character and giving a hug that needs to come back soon.

Better Transportation? – It’s hard to compare the buses of Universal with a Four Seasons Motorcoach.  But taking the bus from All-Star Movies was comparable to Universal.  Again, Universal buses only go to one specific drop-out point so you were never really waiting to get picked up.

Better Crowds? – Universal can have tighter squeezes in certain locations.  Minus the Fantasyland path in the back that gets crowded with strollers, Disney always feels more spread out and seems as though there are less people.

What is the best advice you can give clients who want to do both Universal and Disney in the same trip?

Stay on property and take advantage of the extra magic hours, the free transportation and other perks.  Also, if you are more familiar with one over the other, ask your agent for advice about the parks you are less familiar with.  I walked many blogs and videos and learned the hard way about metal detectors and using lockers for storage at Universal.  Another bit of advice is to wear contacts instead of your glasses do to the thrill rides and many of them having loops and twists.  Finally, budget in time for recover after the rides, especially if you are one who is prone to getting a little woozy.  As always, call you Believe Vacations agent for advice and booking!