By Brian Pavlick February 1, 2021 No Comments 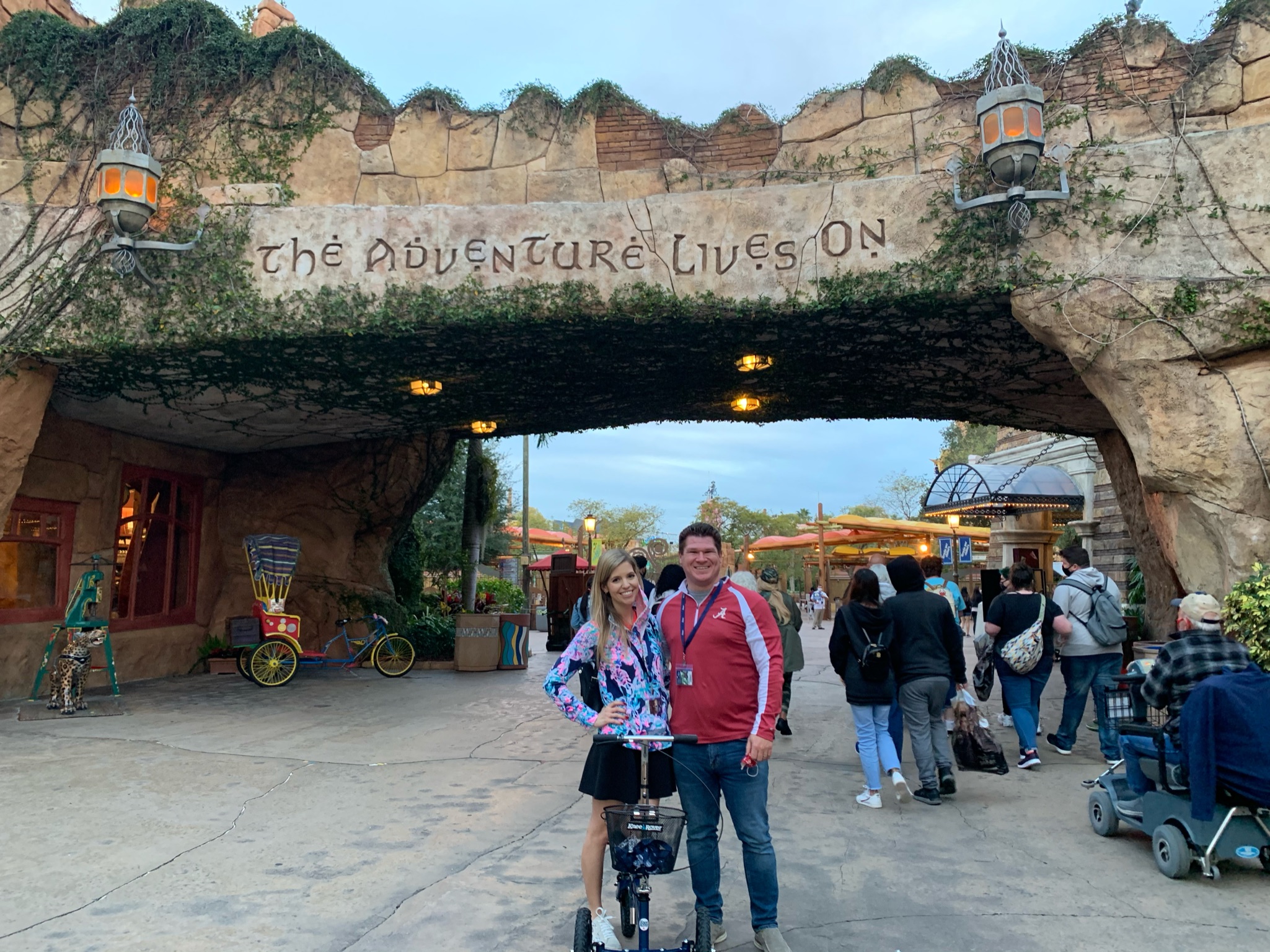 Mid-January 2021, I had the opportunity to step into Islands of Adventure in Orlando, Florida for the first time in my life.  After all the years of wondering what was inside the gates, I stepped forth and discovered several lands that turned me into a kid all over again.  I had initial questions but I came away with many more answers about why this is one of the most fun theme parks for all ages.

Welcome to another weekly post from Believe Vacations where today, we continue a 6-article series about “first-time visits” to 3 of the most famous theme parks in the world. Today’s post is the follow-up to the article First Time Islands of Adventure Questions where I will answer those questions and provide some short stories.  The adventure truly lives on and will live on for a long time! 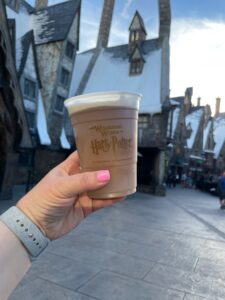 How was my Prediction: I thought I would enjoy Thunder Falls Terrace with ribs, chicken and other BBQ staples.  Never made it there but there’s a reason.

At no one’s fault, parks were not the priority when it came to Universal and Islands of Adventure.  Learning about how to make potential clients maximize their fun on Universal properties was first.  So we had to sprint through the parks.  I don’t think I slowed down in Islands of Adventure to use the potty, let alone eat.  The food locations looked great, but I just didn’t have time.  With that, I’ll double up the entry later for City Walk. 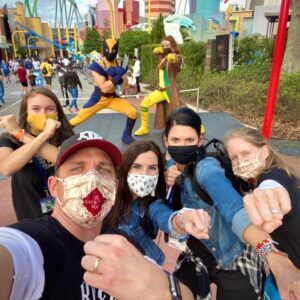 How was my Prediction: I never got a chance to meet Sam-I-Am.  Again, it was all about the rides once we hit Islands of Adventure.

As we mentioned in the opening, no princesses and pirates here!  We have classic toons, superheroes, and some of our favorites from Dr. Seuss.  But I never stopped and got a picture with any of them.  Not complaining! 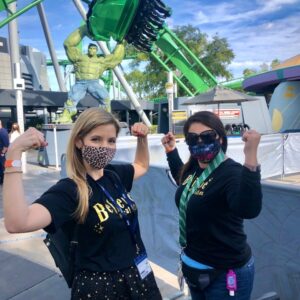 How was my Prediction: I didn’t think it would be packed.  I was correct.

Then again, as I mentioned in the Universal Studios recap, Universal Express Unlimited Pass is a life-saver.  It’s more than worth the investment.  You will be able to ride EVERYTHING if you get there at park opening and use this pass.  Plus, may I add that the weather was amazing.  Florida “cold” is 65 degrees.  Naturally, I was in shorts and a tank top.  All that to say, go in January for low crowds and nice weather! 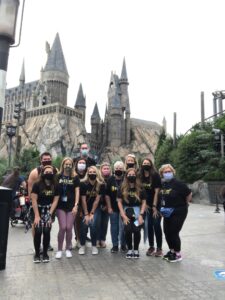 How was my Prediction: I’m starting to feel like I didn’t answer my own questions because the Raptor Encounter was closed.  Guess I’ll have to go back!

But it wasn’t all a loss with no dinosaurs.  Hogsmeade was a ton of fun to walk around and discover little hidden secrets. But I’ll group it into something even bigger and that was taking photos will all the amazing photo spots on the grounds.  Dinosaurs and thought bubbles and Dr. Seuss characters and Marvel characters and your favorite comic strips which actually leads directly into my next question. 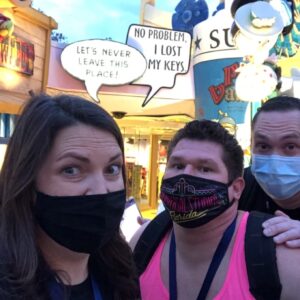 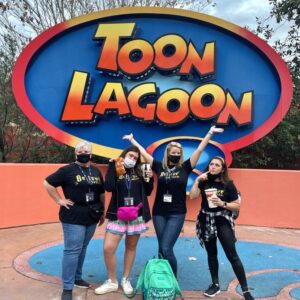 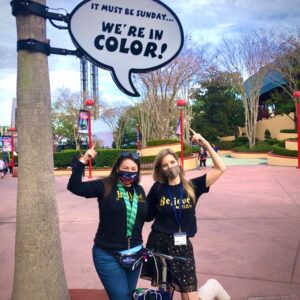 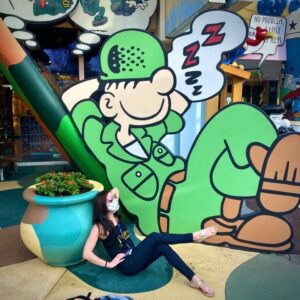 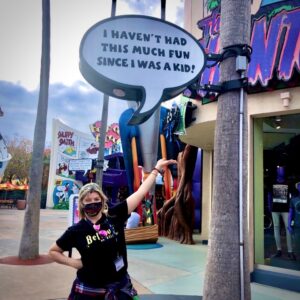 How was my Prediction: Jurassic Park was nice but I spent a total of 10 minutes in it.  No ride and no Raptor Encounter made this a pass for me.

But I found myself in a land I didn’t think much about on first glance.  It was larger than life, and you may even say SUPER.  I loved Toon Lagoon!  It was just like stepping into a Sunday Comic Strip.  The animations, the characters, the buildings and even the streets were perfectly built for toons and their fans. 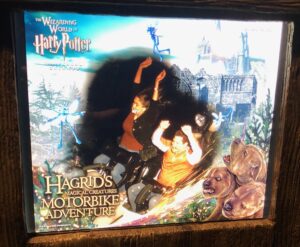 How was my Prediction: Well, I did Skull Island: Reign of Kong.  And no disrespect but that may be the last time and I still miss my Kongfrontation!

I simply didn’t release the DEPTH of the thrills at Islands of Adventure!  There was Harry Potter and the Forbidden Journey which features “extreme acrobatics,” there was the Hulk coaster which is the overall most intense coaster I’ve ever experienced.  But all the expectations set forth by Hagrid’s Magical Creatures Motorbike Adventure were not only met but were far exceeded!  I rode this the first day at night with a fellow thrill seeker and (no spoilers!) this had everything you would want in a non-looping coaster.  Fast speeds, quick turns, mythical creatures and surprises you have to experience to believe!  Best ride in the Universal theme parks family for sure! 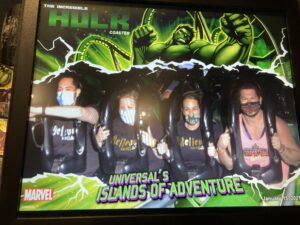 How was my Prediction: Kids really did love all the goods that came with Marvel.  Heck, I’m a grown man and I thought it was awesome.  So let’s say I nailed this one.

I was also correct in saying that Islands of Adventure was basically the highlights of Disney simply reskinned.  Splash Mountain = Jurassic Park the Ride; Flight of Passage = Harry Potter and the Forbidden Journey; Ollivander’s Wand Shop = Savi Lightsabers; Popeye & Bluto’s Bilge-Rat Barges = Kali River Rapids.  So let’s address this thought right now – Yes, there are thrill rides and height requirements but this park is just as much for kids as teens and adults. 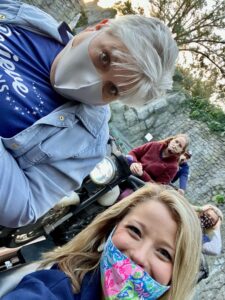 How was my Prediction: And once again, I nailed this when I said Hagrid’s Magical Creatures Motorbike Adventure!

This may not make friends with people but Hogsmeade did not impress me as much as I thought.  Don’t get me wrong, the castle shots and snow-capped roofs are a cool visual but Diagon Alley is the better of the 2 Harry Potter lands by a wide margin.  And while many of the other lands are fun and immersive, we treated them as “pass-throughs” to get to the main attractions. 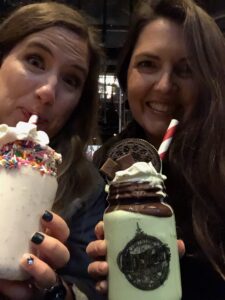 2) What is the best part about CityWalk?

How was my Prediction: City Walk was great and again, Toothsome was everything I hoped it would be.  It felt like Wonka’s Factory, it had some tasty morsels and the desserts were amazing!

But I also have to compliment two other locations in City Walk that I would highly recommend.  First, CowFish simply due to the uniqueness of the menu combining sushi with burgers and everything in between.  Second, if you want a simple fast food burger, just hit up the Burger King, get your bag to go and find a fun spot to sit, preferably under the heaters on a cold January night! 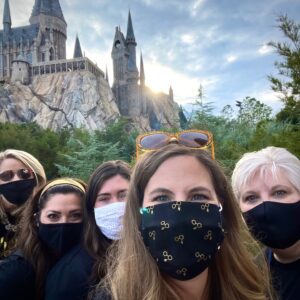 How was my Prediction: I had a blast and would highly recommend for thrill seeking adults and teens but not sure if little kids could do as much as you would hope.  Again, Harry Potter fans MUST visit at some point!

It’s hard to remember the first time I stepped into a new park since I’ve regularly attended all the Disney parks and had been to Universal before.  I mean, this was THE first time.  But like I did with Universal, I’ll compare Islands of Adventure to Hollywood Studios as the best available “apples to apples” comparison.

Food: Since I never ate in Islands of Adventure, I can’t compare.

Crowds: Both parks have nice-sized crowds but both were not overwhelming or what we would call “packed!”

Character Interactions: There were more characters at Hollywood Studios that interacted with the guests but Universal still tops them both.

Photo Spots: This is a lot closer than I first thought because Islands of Adventure has several distinct lands, much like Magic Kingdom whereas Hollywood Studios only has 2 distinct lands in Galaxy’s Edge and Toy Story Land.

I think I am leaning towards Islands of Adventure over Hollywood Studios…for adults and teens.  I enjoyed the layout of Islands of Adventure more so than Hollywood Studios, it felt like you did not have to back track too much and I instantly have 2 new favorite attractions in Hulk and Hagrids.  Give this park a try when you get a chance and you’ll find the adventure lives on!