Character Dining at Disney World : Who, What, When, Where, Why 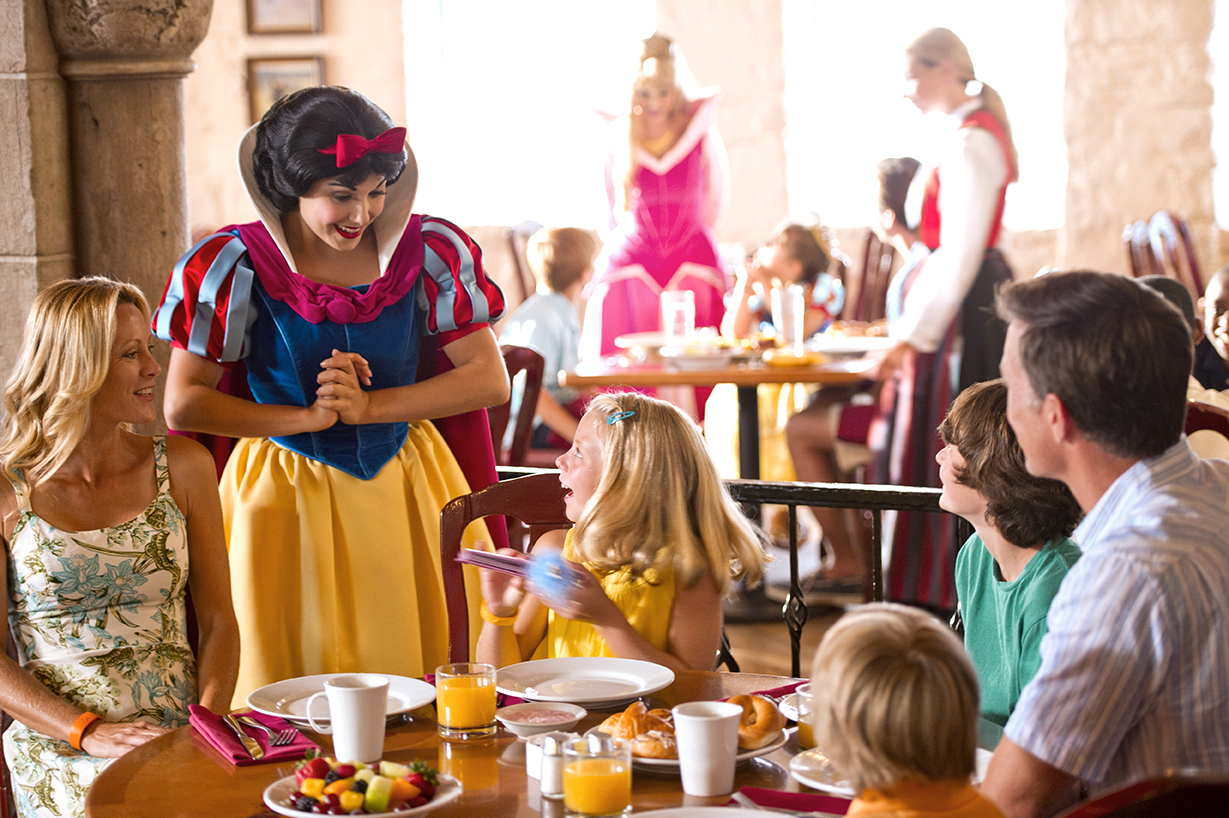 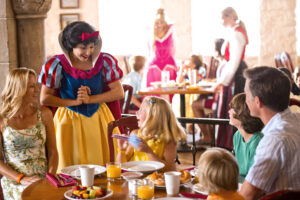 Character dining experiences – meals which include visits to your table by beloved Disney characters  – have been among the most popular events at Walt Disney World since they began decades ago (and for good reason). It’s my opinion that character dining, which occurs throughout the day, is not to be missed.

So, which character dining experience is for me?

Now that you’re convinced that character dining is for you – yay! – which option is best? That depends on your party’s interests, of course. You’ll want to consider which characters you’d most like to see. You’ll also want to consider if you’d rather do a meal inside the parks, minimizing travel time, or if you would enjoy getting to visit one of WDW’s wonderful resorts and dining there. As with so many Disney vacation details, there are pros and cons to each choice but – good news – there is no wrong decision! I’m including some info below that I hope will help you hone in on which character dining experience would be the most fun for your family. If you see a restaurant pop up in more than one category you’re interested in, that option is probably a great fit for you!

I want to meet Mickey Mouse…

You have lots of options! The most iconic “Mickey meal” is probably Chef Mickey’s inside Disney’s Contemporary Resort. You can dine with Mickey, Minnie, Donald, Goofy, and Pluto at breakfast, lunch or dinner; the Contemporary is on the monorail, so this is even a meal you could plan to attend on a Magic Kingdom day. Other choices to dine with Mickey and friends include O’hana at Disney’s Polynesian Resort, the Garden Grill inside The Land area at EPCOT, Tusker House inside Animal Kingdom, and Hollywood & Vine inside Hollywood Studios (Mickey and friends currently appear here for dinner, and will appear for both lunch and dinner starting September 4, 2017). A bonus for both Tusker House and Hollywood & Vine : you can plan to do a “dinner package” and get yourself VIP seating to the evening shows (“Rivers of Light” and “Fantasmic,” respectively). You could also attend Mickey’s Backyard BBQ, which is a picnic-style event on property at Fort Wilderness.  There are so many places to meet “The Mouse,” and – for me – no trip, even those made without kids, is complete without at least one hug from him.

I want to meet Disney princesses…

It’s no big news that the princesses are a big draw for many WDW guests, and there are a number of character dining options for those who want to meet the royal ladies (and some lads!). The quintessential princess meal occurs at breakfast, lunch, and dinner inside Cinderella’s Castle at the Magic Kingdom; Cinderella’s Royal Table is an incredibly popular dining experience, one which you should plan to reserve as soon as your 180-day out window opens. You’ll meet Cinderella and four other princesses during your meal event. Even if you don’t have a little princess of your own, a meal inside the iconic castle is pretty magical. Time it right, and you might even catch the evening fireworks bursting around the windows by your table while the music is piped in for extra effect (talk about a “wow” moment!). That said, there are a number of other princess dining experiences, and each is rewarding in its own right. Check out Akershus Royal Banquet Hall for the EPCOT equivalent of Cinderella’s Royal Table; you’ll be treated to a special meeting with Belle and a handful of other princesses. For those interested in resort dining options, there is 1900 Park Fare which features, at dinner, Cinderella, Prince Charming, and the three members of the wicked step-family – Lady Tremaine, Anastasia, and Drucilla (who are hilarious!). There is also the newest character meal to be offered, the Bon Voyage Adventure Breakfast at Trattoria al Forno (Disney’s Boardwalk). You’ll have a chance to meet Ariel and Rapunzel alongside their leading men, Eric and Flynn Rider! This is a rare chance to meet two Disney princes, and the food is unique and terrific.

I want to meet unique characters…

Some characters are more rare than others, but check these locations out and you’ll be greeted by friends you rarely see in the parks (if at all) :

I want to stay inside the parks to dine with characters…

The great thing about choosing an “in park” meal is that you can easily incorporate this meal into your plan for the day. If you’re able to get one of the first reservations of the day (usually around 8:00 am), you’ll be allowed to enter the park early for your meal and be in a good position to be off and running to your first attraction of the day as other folks are entering the park. At any time of day, it’s nice to sit down in the air conditioning and enjoy a meal! At the Magic Kingdom, check out Cinderella’s Royal Table or The Crystal Palace. EPCOT offers both The Garden Grill and Akershus Royal Banquet Hall, Hollywood Studios has three character meals a day at Hollywood & Vine (catch either Disney Junior characters or Mickey and friends in adorable, seasonal dress), and Animal Kingdom hosts all-day character fun at Tusker House Restaurant.

There are a hundred other things I could write about character dining (and there are even a few meals I didn’t cover here…)! But I’ll leave you with this final thought, which is a list of Believe Vacations staff’s favorite character meals. As a group we love:

You’re going to eat anyway – why not take advantage of the perks, fun, and magic that comes with these experiences? If you’re making plans to visit WDW, you should absolutely consider making reservations at one (or more!) of the restaurants that offers character dining. Contact your Disney Vacation Planner for all the details.