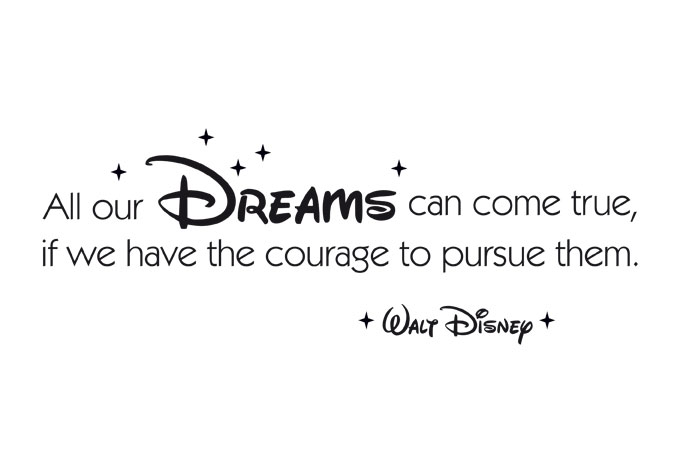 Aloha! My pleasure! Ya’ll come back now, ya hear? Sometimes nations, workplaces or regional dialects can be defined by the everyday phrases or sayings of its people. Disney is no exception. Sayings, slogans and soundbites make up as much of our favorite memories as any sight, sound or scent. We greet fellow Disney fans with quotes from the movies, songs and attractions and it helps create our own fan language.

Welcome to Believe Vacations Top 10 where today, we will take a look at the Top 10 Sayings at Walt Disney Theme Parks. These sayings are some of the greatest words or phrases you will hear on attractions, during shows or simply within the Disney vocabulary. So turn up your mouse ears as we get started, you hear? 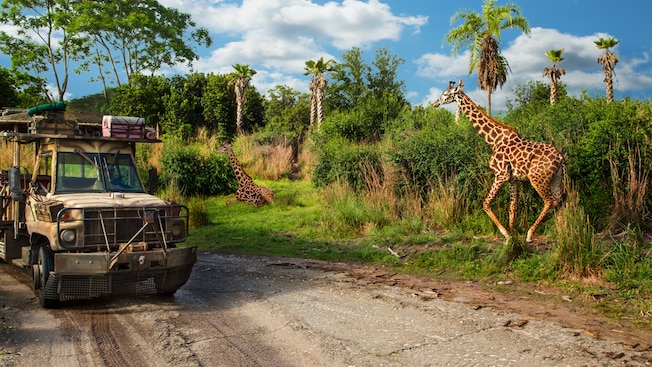 10) “Jambo!” (Animal Kingdom) – What better way to start this list than with the traditional Swahili greeting for “Hello.” Heard many times in the Africa section of the Animal Kingdom, “Jambo” is shouted by merchants throughout the Harambe Marketplace and spoken by your tour guide as you board Kilimanjaro Safaris. Stick around long enough and you’ll be saying it too. Plus it sounds like “jumbo” so the kids will get a good laugh out of saying it.

9) “Paging Mr. Morrow, Mr. Tom-Morrow” – TTA Peoplemover
One of the best ways to sit and relax yet still take in the sights and sounds and still yet be on an actual attraction is hop aboard the Tomorrowland Transit Authority Peoplemover. Weaving above the entire Tommorowland section of the Magic Kingdom, your intercom navigator will highlight the landmarks and throw in some quirky overhead page announcements. This one happens to be the one most Disney fans remember the most.

8) “…a salute to all nations but mostly America!” – MuppetVision 3D
This 3D adventure from our favorite puppets may be heavily outdated but it’s still got some incredible moments that have stood the test of time. And while the obvious stars are Kermit, Piggy, Fozzy and Gonzo, it’s Sam the Eagle that steals the show. Unfortunately, his glorious 3 hour finale is cut to a minute and a half but we are still proud countrymen who salute his efforts to show real red, white and blue pride! 7) “The backside of water!” – Jungle Cruise
This saying is so popular, it gets the riders to cheer right in the middle of the attraction! As you are drifting through the Nile River, you see the waterfall you narrowly avoided a few moments ago but something’s different this time. As you approach it, your skipper brings it into focus. You are looking at the 8th Wonder of the World, The Back Side of Water! And you will never be the same after setting your eyes on this marvel. 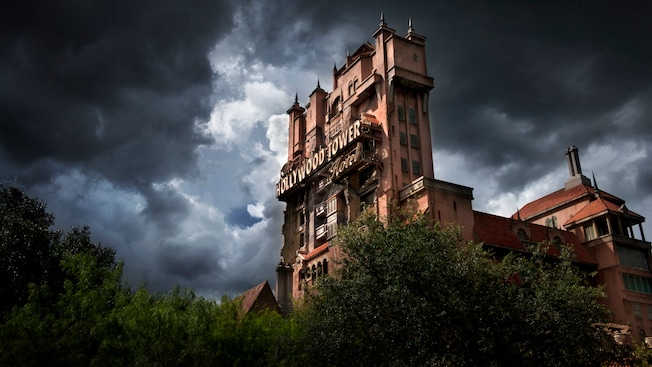 6)”You are about to discover what lies beyond the fifth dimension, in the deepest darkest corner of the imagination, in the the Tower of Terror.” – Twilight Zone Tower of Terror
The moment these words are spoken, the portal to the Twilight Zone has opened, you have passed through it and your knuckles are white from fear. What happens after that? Well, I don’t know because every ride is different. You may go up, you may go down or something else unexpected. Whatever does happen inside the Hollywood Tower Hotel, your narrator first warned you with these chilling words! 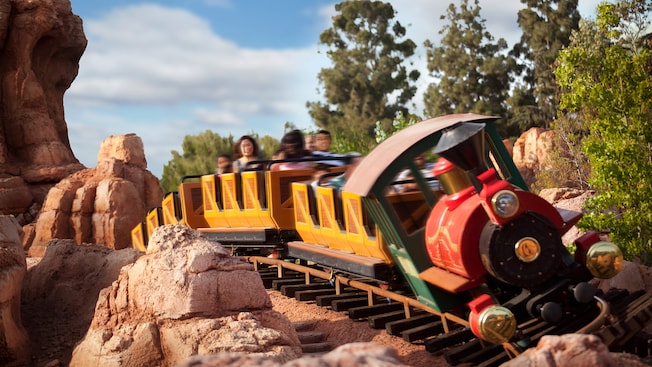 5) “This here’s the wildest ride in the wilderness!” – Big Thunder Mountain
Now for something a little less terrifying. Part of the charm of BTM is the wild west setting, complete with the runaway mine trains. Adding to the charm is your wild announcer offering the safety instructions we all need. But, when he gives you the reason for the safety announcement, Disney veterans will holler along. Hang on for 3 minutes folks and then try to argue that the old man wasn’t lying! 4) “Welcome foolish mortals” – Haunted Mansion
You’ll notice that this entry and the previous two have a tremendous respect for the overall theming and storytelling found within the rides, and our Ghost Host at the Haunted Mansion is no exception. Even before you enter the stretching room, you immediately feel the overwhelming supernatural forces at work within the estate. However, the moment our Ghost Host gives us our tongue-in-cheek greeting, only then do you realize you may be staying longer than you originally planned. 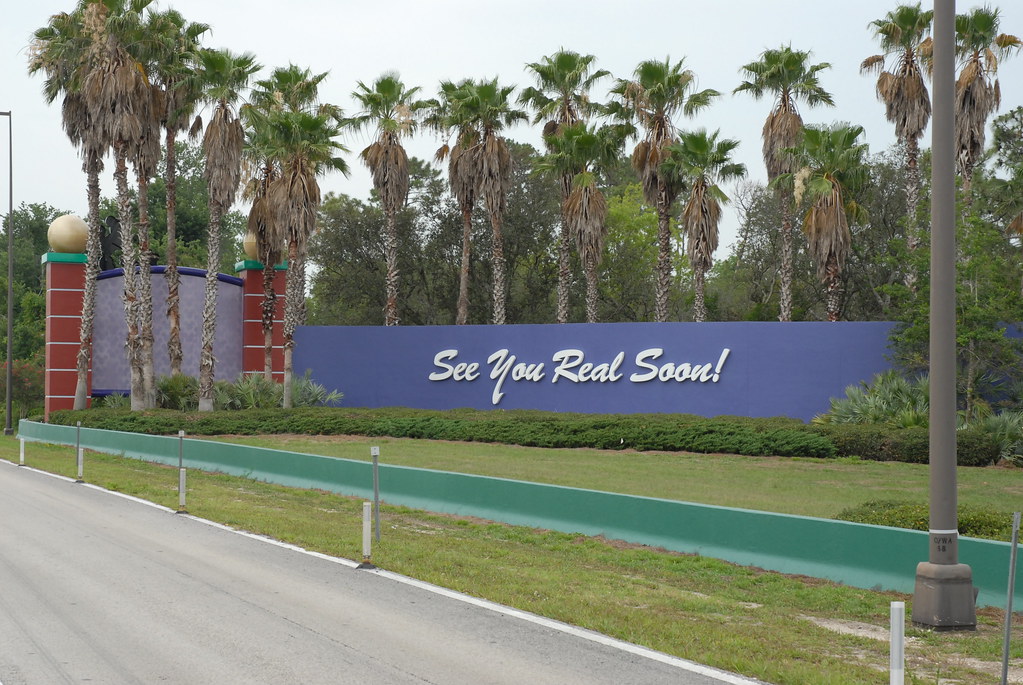 3) “See ya real soon” – Several places
I admit, this may be a sad entry because the most obvious place we see this saying is on the back side of the welcome sign as we leave Walt Disney World. But go take a trip back in time to when the Mousketeers would say it at the end of the Mickey Mouse Club and think about it now at the end of Mickey Mouse Clubhouse. It’s not goodbye forever; it’s a reminder that it’ll happen again in the near future. And for Disney fanatics, “real soon” is not soon enough. 2) “Por favor..?” – Monorail
You just said it out loud didn’t you? Admit it, it’s catchy and you can not say the English translation without following it up immediately with the Spanish version. It’s also memorable because it’s the first Disney saying on the first “ride” at Disney (yes, I’m in the camp that says the Monorail is a ride). So before you get to the others on this list, the Spanish translation for “Please stand clear of the doors” will be the standard all other sayings for the rest of your day will have to live up to!

It’s Tough to be a Bug! – “Your Attention Please! We ask that all honorary bugs remain seated so the beetles, maggots, and cockroaches may exit safely.”

1) “There’s a great, big, beautiful tomorrow” – Carousel of Progress
Sometimes Disney quotes can be quirky. Sometimes the sayings can be cute and entertaining. Other times, they can be motivational and profound. That’ is what the opening line of the theme to the Carousel of Progress is for many people. A positive outlook on life to come. Putting the past behind and moving forward. Beautifully penned by the world famous Sherman Brothers, Disney fans can not help but sing along to one of the catchiest lyrics to one of the catchiest tunes in the entire parks.

Did we miss anything? Is there a Disney saying you drop on friends and family in everyday conversation? Leave your comments below and as always, there’s a great, big, beautiful tomorrow!