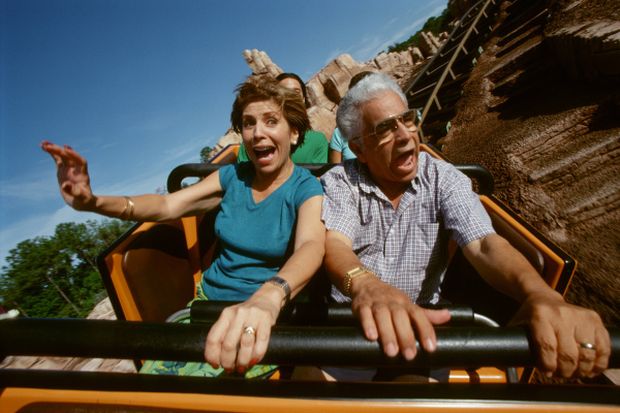 The “Greatest Generation” has had its time in the sun and many today still hold ourselves to the standards these men and women set in terms of morals and values.  They came across as patriotic, family-focused, slow-paced and well-mannered.  And this generation was also the first to be able to take their children to Disneyland and the Magic Kingdom, starting a tradition their grandchildren would pass on to their great-grandchildren.  But for those still kicking around and living the dream, we have to plan for them to visit Disney just like the rest of the family.

Welcome to Believe Vacations’ weekly post where today, we will continue our “Best of” series but this time, consider those 75+ of age.  Our agents were asked to think about a plan at Disney for these adults and what items would be “Must-Dos.”  We continue the series by dividing them into specific categories so without further ado:

I would have naturally thought The Hall of Presidents was a lock for this category but I guess my colleagues feel the presidential role call wouldn’t be as exciting as watching the history of technology evolve within a 20-minute show.  But when I thought about it more, some important milestones happened in the span of the lives of this group: TV came into their homes early in their lives and then everything from stereos to computers to car phones to Ipads have been invented in their lifetime.  Carousel of Progress celebrates all the advancements that happened during their lifetime and I bet they have some special memories they recall during each of the scenes.

Any day is a great day for a parade and for this age group, the chance to sit down and watch entertainment is a blessing.  Yes, there are traditional stage shows but the floats and music and pageantry and characters all make for something a little more upbeat.  While the parades and processionals at Hollywood Studios and Animal Kingdom may be too intergalactic or dance-partyish, the traditional afternoon parade in the Magic Kingdom will always be a favorite and a great chance to watch the older generations smile like they have for so many years. 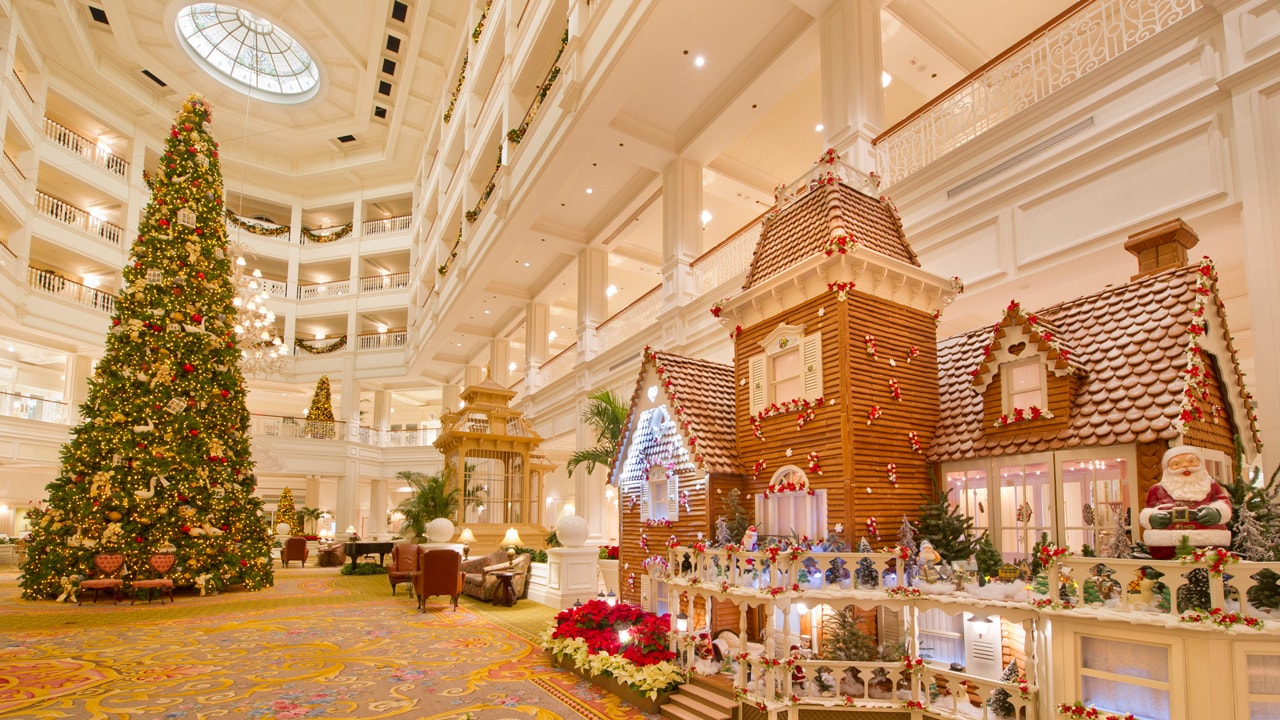 The elegance and style of the Grand Floridian is the perfect compliment to the elegance and style of this generation.  Pleasant, respectful, well-mannered and the epitome of class, the grounds of this resort will feel at home for most in this age range. Unless with the entire family and grandkids, we do not think value resorts would do the trick and some moderates may have too much theming for their likes.  But this group deserves the best and this resort is just that.

While on the grounds of the Grand Floridian, this generation will savor the proximity of the highway in the sky that runs just on the property. Once inside a motor coach, they will be pleased with the seats, room and even air conditioning.  The monorail will take them to and from what we believe will be their two most favorite parks – Magic Kingdom and Epcot.  The need for buses transporting them to Hollywood Studios or Animal Kingdom will not be as in-demand but do not forget the nice boat rides they may prefer as well. 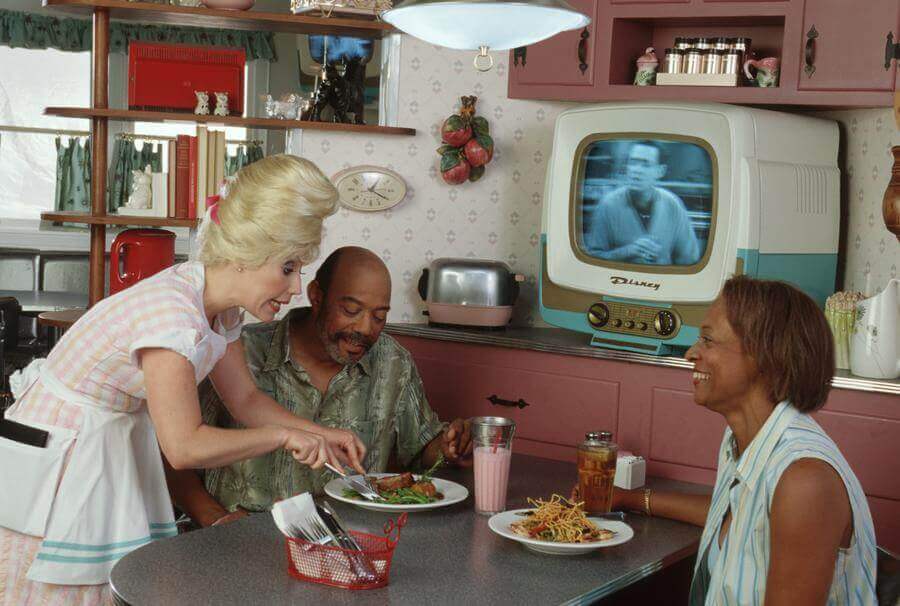 In the resort section of this article, I mentioned this generation as being well-mannered.  Luckily for our group, that character trait will suit them well at the 50s Prime Time Cafe.  Younger generations may not appreciate old-school table manners or even meals at the table, but this generation knows proper dining etiquette.  There will not be much scolding from Mom as they’ll know to eat all their veggies, keep elbows off the table and say “please.”  But that will not ruin the fun because this generation will enjoy the post meal milkshake and pretend it was the 1950’s all over again.

Imagine growing up and actually seeing Walt Disney on your black and white television set.  And imagine him telling you about this magical land in California and then talking about the “Florida Project.”  That would be amazing.  But by his side, you’d always see the iconic animated power couple of Mickey and Minnie.  You’ve grown up with them all your life.  You remember them in black and white and have watched them grow up as you and your loved one have added years to your marriage.  The newer prince and princess combinations are nice but none of those duos can touch the original! 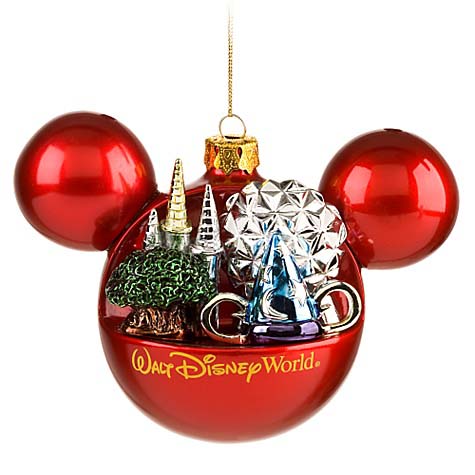 Let’s be honest here – I’m a 35 year old male and only been married for 12.5 years.  If my wife gave me a Christmas ornament every anniversary, she would solidify my belief that she is the greatest woman in the world.  So I can only imagine what a sentimental gift of a decoration for the tree would mean to those a little older than me.  It would still be cute to see older couples with ears and matching shirts, but it’s a trinket they can share and pass down to other generations in the family and that’s why ornaments are very special.

In all the hustle and bustle and trying to get to a park and on a ride and everything screams “go big, go fast, go now,” this generation likes to take things a little slower.  Almost as if they were trying to “stop and smell the flowers!”  And boy do they have the perfect event to do just that.  By visiting the Flower and Garden Festival at Epcot, they can still take in the World Showcase and Future World but during this festival, there is beautiful greenery and topiaries to explore and research.  The blooming flowers make for some memorable photo ops and the slower “tour at your own pace” feel of the festival is a must for this generation.

Did we miss anything?  What do you feel the “greatest generation” would enjoy at Disney?  Thanks for reading and remember there’s a great, big, beautiful tomorrow!